This is part two of a discusion of the article, “Keeping Pets in Their Place: Why we can’t afford to treat animals like they’re humans” by Charles Colson and  Anne Mores in the April issue of Christianity Today.  If you haven’t already, please read it and then come back so we can talk about it.

There are a few places in Mr. Colson’ and Ms. Morse’s article where some elaboration or correction is in order. So four smaller corrections or comments and then my main points.

1. William Wilberforce was just one of 22 people who were initial members of the SPCA.  Richard Martin, Member of Parliament and Reverend Arthur Broome deserve the credit for founding the SPCA.  Just want to set the record straight here.

2. I think Mr. Colson and Ms. Morse misrepresent PETA. You may or may not agree with them but at least visit their web site and read their statement on “Why Animal Rights?”  Ingrid Newkirk’s statement is often, as it is in this article, shortened to subtly shift the meaning.  On my visit to the PETA site, I didn’t find anything about  “their campaigns to grant constitutional rights to pigs” . Let me know if you find it.

3. Agree with Peter Singer or not, as you wish, but he does raise important and often difficult questions about our relationships with animals. Christians should be in thoughtful engagement with Mr. Singer. (And for that matter with Marc Beckoff also.)

Engaging in honestly and accurately with people who have a different opinion or point of view is a good thing. It helps us think more clearly about what we believe, and sometimes- believe it or not- we can find some common ground. But honesty and accuracy is crucial. It can be difficult to fairly describe the position of someone we disagree with, but it is important to try. Until we  understand where our real points of disagreement and agreement are we can’t move forward.

4. While this article is about Christian belief, Mr. Colson and Ms. Morse toward the end of their article, effortlessly switch from talking about “Christians” to talking about “Americans” as if there were no distinction between these groups. This happens all to often in the United States. I think we need to be alert to our tendency to do this. This mixing of categories causes us in the US all sorts of problems.

But what bothers me most about this article is it’s tone. Perhaps it is the result of my years as a veterinarian and all the discussions I have had with bereaved pet owners, but this article seems unnecessarily harsh to me. I admit it, I prayed for my patients, and their owners, all the time. I had more than 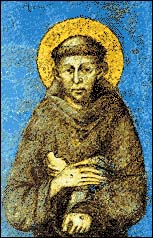 one heartfelt conversation with people who were genuinely concerned about what would happen to their pet after its death.  The grief associated with the death of a pet is real. A little more sensitivity toward pet owners would have been appropriate.

I also think this article is unnecessarily divisive.  With breathtaking speed, Mr. Colson and Ms. Morse erase any distinction between Christians who love and pray for their pets and those who hold the minority view that there are no differences between humans and animals. While there are individuals who would grant moral and legal equality, the greatest majority of persons concerned with the well being of animals take less radical positions. (see, Gallup Poll May 21, 2003 and Gallup Poll May 25, 2004)

This is an unfortunate practice, aligning anyone with whom we have a difference of opinion with the most radical position possible. Amazingly, by the end of this article Christians who love their pets are responsible for the  potential downfall of the church. When we label those with whom we might disagree like this, we make conversation and discussion difficult.

It seems to me as Christians we should be seeking ways to reach across divisions (perceived or real) so that we all may move forward toward lives of greater faithfulness. This doesn’t mean we need to accept any and all personal beliefs as appropriate for Christian belief. But some ways of addressing differences of belief are more divisive than others. Part of the challenge for Christians is to act in ways preserve our unity in Christ while addressing differences in beliefs. Sadly, we’re not very good at this. What a gift we could give to the rest of the world, if we could figure out how to do this.

Mr. Colson and Ms. Morse are correct, I think, in their suggestion that far too many Christian books about animals and God are poorly done. As I have written elsewhere on this blog, Christianity for the most part has not done a good job thinking about the relationship between God and animals. We need to do that thinking, but perhaps a little more responsibly than Mr. Colson and Ms. Morse have done here.