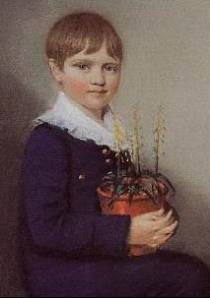 Two hundred and one years ago today, Charles Darwin was born. Some churches mark the Sunday nearest Darwin’s birthday as an occasion to reflect on the relationship between science and religion. It’s been an uneasy relationship for a very long time. Disagreement about science and Biblical interpretation is nothing new.

Even Augustine, who lived from 354-430 AD, well before modern science, writes

Usually, even a non-Christian knows something about the earth, the heavens, and the other elements of this world, about the motion and orbit of the stars and even their size and relative positions, about the predictable eclipses of the sun and moon, the cycles of the years and the seasons, about the kinds of animals, shrubs, stones, and so forth, and this knowledge he holds to as being certain from reason and experience. Now, it is a disgraceful and dangerous thing for an infidel to hear a Christian, presumably giving the meaning of Holy Scripture, talking nonsense on these topics; and we should take all means to prevent such an embarrassing situation, in which people show up vast ignorance in a Christian and laugh it to scorn. The shame is not so much that an ignorant individual is derided, but that people outside the household of faith think our sacred writers held such opinions, and, to the great loss of those for whose salvation we toil, the writers of our Scripture are criticized and rejected as unlearned men. If they find a Christian mistaken in a field which they themselves know well and hear him maintaining his foolish opinions about our books, how are they going to believe those books in matters concerning the resurection of the dead, the hope of eternal life, and the kingdom of heaven, when they think their pages are full of falsehoods on facts which they themselves have learnt from experience and the light of reason?

from The Literal Meaning of Genesis, chapter 19, paragraph 39, Saint Augustine

Augustine makes several good points, particularly one we tend to forget today -the ways our particular

interpretations can be a hindrance or even a bar to the faith of others. In our zeal to defend Scripture, we may make it difficult or even impossible for some to come to faith.

If you follow the link and read more of Augustine’s work on Genesis, what becomes apparent very quickly is that a literal reading of Genesis has not been the only way the church has read this text.

Calvin also, in his Commentary on Genesis must concern himself about the apparent conflict between the science of his day and a literal reading of Genesis.

Moses makes two great luminaries; but astronomers prove, by conclusive reasons that the star of Saturn, which on account of its great distance, appears the least of all, is greater than the moon. Here lies the difference; Moses wrote in a popular style things which without instruction, all ordinary persons, endued with common sense, are able to understand; but astronomers investigate with great labor whatever the sagacity of the human mind can comprehend. Nevertheless, this study is not to be reprobated, nor this science to be condemned, because some frantic persons are wont boldly to reject whatever is unknown to them. For astronomy is not only pleasant, but also very useful to be known: it cannot be denied that this art unfolds the admirable wisdom of God. Wherefore, as ingenious men are to be honored who have expended useful labor on this subject, so they who have leisure and capacity ought not to neglect this kind of exercise. Nor did Moses truly wish to withdraw us from this pursuit in omitting such things as are peculiar to the art; but because he was ordained a teacher as well of the unlearned and rude as of the learned, he could not otherwise fulfill his office than by

descending to this grosser method of instruction. Had he spoken of things generally unknown, the uneducated might have pleaded in excuse that such subjects were beyond their capacity. Lastly since the Spirit of God here opens a common school for all, it is not surprising that he should chiefly choose those subjects which would be intelligible to all. If the astronomer inquires respecting the actual dimensions of the stars, he will find the moon to be less than Saturn; but this is something abstruse, for to the sight it appears differently. Moses, therefore, rather adapts his discourse to common usage. For since the Lord stretches forth, as it were, his hand to us in causing us to enjoy the brightness of the sun and moon, how great would be our ingratitude were we to close our eyes against our own experience? There is therefore no reason why janglers should deride the unskilfulness of Moses in making the moon the second luminary; for he does not call us up into heaven, he only proposes things which lie open before our eyes. Let the astronomers possess their more exalted knowledge; but, in the meantime, they who perceive by the moon the splendor of night, are convicted by its use of perverse ingratitude unless they acknowledge the beneficence of God.       From Commentary on Genesis 1:16.

Calvin’s answer to the “problem of science” is different than Augustine’s. Genesis is written for the understanding of its earliest audience. As Calvin writes over and over again, God accommodates God’s self to us. God comes it us in ways we can understand.

So on this “Evolution Sunday” weekend, I want to suggest three things.

First, theologians and scientists have been discussing, and even arguing over Genesis for a very long time. If we discuss with the goal of seeking the truth, rather than proving that our ideas are correct, science and religion have much to say to each other. And I wouldn’t expect the discussion to be over any time soon.

Secondly, Let’s not be afraid of science. Scientists aren’t going to discover something God doesn’t already know about. Sometimes my Christian friends act as if science could disprove the existence of God. Not so. But what science can do is challenge our particular constructions about who God is and how God acts in the world. And that can be upsetting and threatening.  But as Calvin reminds us, everything in heaven and earth points to the glory of God. “… there is no spot in the universe wherein  you cannot discern at least some sparks of his glory. You cannot in one glance survey this most vast and beautiful system of the universe, in its wide expanse, without being completely overwhelmed by the boundless force of its brightness. …this skillful ordering of the universe is for us a sort of mirror on which we can contemplate God, who is otherwise invisible.” ( Institutes of the Christian Religion, I.v.1)

Finally, In the midst of often heated discussions about science and the Bible, we sometimes forget the purpose of the Bible is to bring people to faith, not to teach us science. Scripture is given to us by God to point us to Christ.

In case you are snowed in and need something to read, here are links to three sites for your “Evolution Weekend” reading.

Read the Spirit- The Spirit of Darwin

By the way, not only is today Darwin’s birthday anniversary. February 16 marks the second anniversary of “Conversation in Faith”. Thanks for reading and commenting.