Over the past few months there has been some discussion about genetically engineered pain free farm animals.  Here is the abstract from the journal Neuroethics.  The author of the Neuroethics article, Adam Shriver recently discussed his proposal in a New York Times Op-Ed piece.

At first glance you, like the people in a small Johns Hopkins survey, might think this is a bad idea. But what if animals that did not feel pain existed? Then what? In the same survey “many people” felt if such animals existed, researchers had a moral duty to use them. It appears the waters become muddy very quickly.

From my perspective, we can’t simply say genetic manipulation of animals is wrong. Some of you might believe that 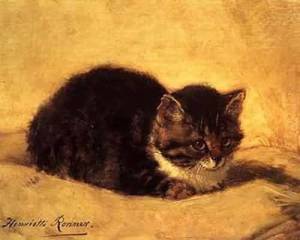 and you might be right, but the reality is we are a very long way down that road- Chihuahuas, Clydesdales, Devon Rex cats and so on. The entire process of domestication involves genetic manipulation. We humans have been at this for thousands of years.

On the other hand, few if any of us want to declare that anything goes. Most of us might agree that just because we can potentially do something, doesn’t mean we should.  Our multi millennial experience with domestication and genetic manipulation contains many examples of good intentions gone wrong. Like most ethical decisions this is neither black nor white. We continue to reside in the grey area called life.

The veterinarian in me, immediately began thinking about the problem of animal pain and how difficult it is to assess clinically. Animal senses, while similar to ours, are never the less different than ours. Their vision, hearing, ability to smell are all quite different than ours. Their methods of communication are different than ours. Even if we restrict our discussion to mammals, bats, whales, and dogs are quite different in the ways they perceive and interact with the world. How could we know with certainty that the animals were not feeling pain?  How can we know with a high degree of accuracy how distressing any particular action or sensation is?

But those are technical questions that skirt the ethical thinking we must do first. It seems to me there are a couple of related but somewhat different issues to address.

The first issue is anthropocentric. What are the implications of pain free animals for us as humans? Years ago people debated whether or not animals could feel pain. There were people who did not think animals could feel pain. For some of these people, animal experimentation, including vivisection was permissable because animals did not feel pain. Other however thought vivisection and other sorts of experimentation were not permissible, even given their belief that animals did not feel pain. Their argument was that the these sorts of actions were morally damaging to humans. In brief, animals deserved humane treatment because to do otherwise was too costly to human souls. Cruel treatment of animals leads, at worst, to cruel treatment of humans. At best people are desensitized to the suffering of other living creatures.

If pain free farm animals were created, I think this very old concern becomes valid. If as a society we don’t need to concern ourselves with the pain of farm animals, how long before we become desensitized to the pain of wild animals and companion animals and even humans? This is a “slippery slope” sort of argument, but some slippery slopes really do exist.

The other argument against pain free animals is that we are really just using biotechnology to side step the ethical issues. There are people who are born without the ability to feel pain. May I hold this person’s hand over a fire or punch them simply because they won’t feel what I do? I don’t think so. The action on my part is still wrong, regardless of the other persons perception of injury.

Inhumane behavior against animals isn’t excused because the animal has been declared “pain free”. This seems to me to be nothing more than away for us to take the easy way out – to continue with the status quo and assuage our guilt.  It allows us to sidestep the difficult question of what constitutes ethical and humane treatment.  It’s a sort of “no harm, no foul” ethic.  But unethical behavior is unethical behavior whether anyone knows about it or whether anyone is directly harmed by it.

Theologically, as Christians, we can’t get away with this either. As I have discussed elsewhere in this blog, we humans bear a particular responsibility to animals.  Our dominion over animals is to be dominion as God exercises dominion. God’s dominion is self emptying, self giving, self sacrificing.  Our life with animals (or with each other) isn’t about what we can get away with, or how we can alter the rules to best suit us. It’s not about how we can excuse or justify our behaviour. Our relationships with animals (and each other) matter. That’s not to say, necessarily that our relationships with cats and cows and bees and people are all equivalent. But we do need to treat these relationship seriously and respectfully, just as God does.

Thanks to Ben DeVries of Not One Sparrow for bring the the New York Times article to my attention and suggesting this as a blog topic.

For my earlier discussion of domestication, see here,

For my earlier discussions of human responsibility to animals, see here, and here and here.

Concerning people who do not feel pain, see the articles, here and here.

For a philosophical discussion of animal consciousness, see here.